The mental state of some people here leaves much to wish for, but one of the users has set a new record in being a retard yesterday. A user that I will leave anonymous in this blog (it's Tyaeda) wrote a long blog about how it's so unfair that her friend not only found the love of her life, but also receives welfare money because she decided to stay at home and take care of her 2 toddlers. Why is Tyaeda mad? Envy, of course.

So what is Tyaeda's idea for fixing the situation? Her friend should give her kids to the day care and get a job. Yup, because it's unfair she get's financial aid according to Tyaeda.

But is it unfair?

I don't think so. I know that the emotions and experience has driven Tyaeda to write a whole tyrade about how she has to work hard and there's some girl that got a house thanks to her loving family and is raising her children, instead of placing them in day care for the whole day and going to work. It's said that Tyaeda didn't learn anything from her terrible childhood.

As  self-proclaimed psychologist, I've seen many cases like Tyaeda's. Kids that didn't receive enough love from their family, usually become caring parents, though. I'm surprised at Tyaeda's cynicism because I'm sure she regrets not spending more time with her father (which she wrote in her blog a long time ago). How does anything she wrote justify her terrible views on the welfare systems? I guess it doesn't. She is a cold-hearted, cynical hypocrite slut who knows nothing about love and compassion. It's not only her parents' fault. She chose to be like this. 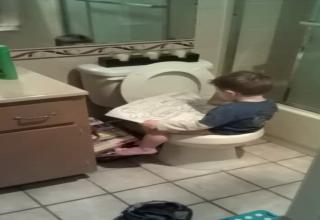