Everyone loves a good prank...

...some more than others. But what happens when a seemingly harmless prank gets out of control? Well, best-case-scenario, it makes it onto Private Island's illustrious Top 10 Pranks Gone Wrong list. After all, there's a very fine line between hilarity and tragedy.

10. Bieber makes a bad call
In what he believed was going to just be a harmless joke, teen heartthrob and hair gel enthusiast Justin Bieber tweeted "Call me!" and nine digits of an imaginary phone number. The joke, of course, being that this wasn't even a complete phone number. However, in a remarkable simultaneous display of over/underestimating the intelligence of his fanbase, he didn't realize that millions of teenage girls would a) take him seriously and b) deduce that the missing digit would have to be between zero and nine. The result: a handful of extremely irate Dallas, TX residents getting inundated with hysterical phone calls from rabid, sex-crazed tweens. Maybe if a larger portion of Bieber's Twitter followers had been of legal age, this wouldn't have been such a disaster, but as it stands, the little heartbreaker is facing down several potential lawsuits. 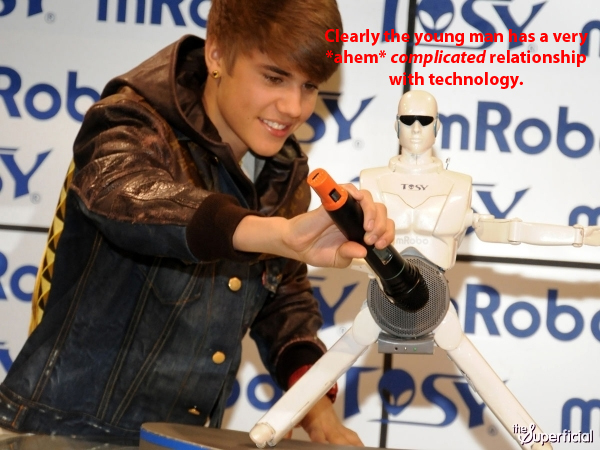 9. A Grave Misunderestimation
They say that an Icelandic boy with the President's direct line is like a mule with a spinning wheel: no one knows how he got it, and damned if he knows how to use it. That pretty much sums up this bizarre 2007 incident in which Vifill Atlason, a 16 year old resident of Iceland, somehow got a hold of U.S. President George W. Bush's direct line. Naturally, he dialed it, pretending to be the actual president of Iceland, Olafur Grimsson, calling to request a personal meeting with the President. He even got through several rounds of intensive quizzing by secret service agents on the other end of the line, answering questions about Grimsson's life by consulting Wikipedia. He actually got pretty close to completing his goal--he got Bush's personal secretary, and was told to expect a call back from the President at his earliest convenience. Unfortunately, that's when the police arrived. Atlason was interrogated for several hours at a local police station to determine the source of the leak. Perhaps most mysterious of all, Vifill claimed that he couldn't remember where he got it, but that he had had it since he was eleven or twelve. No criminal charges were ever pressed, but Atlason is no longer welcome in the United States.

8. For Whom the 'Bell' Tolls
The state of Alaska is one of America's few remaining bastions of rugged frontier land. The typical comforts of modern civilization can feel very far away indeed on the icy tundra. So when the tiny town of Bethel, Alaska--a town so small and remote that it can only be reached by cargo plane--saw fliers heralding the arrival of a brand new Taco Bell, the population was thrilled to the point of mania. Of course, their hopes were soon dashed when it was revealed that the fliers were nothing more than an adolescent prank. Now, step back a second and consider this. To you or me, finding out that there won't be another Taco Bell down the road is about as important as finding out that the wind patterns over Sahara desert are a little erratic this season. But for the 6,000 residents of Bethel, it was basically akin to hearing that a comet was coming to rain fiery death down upon them. Luckily, when the executives at Taco Bell got wind of Bethel's awful disappointment, they did the classy thing and personally delivered 10,000 tacos to the tiny town.... by helicopter. 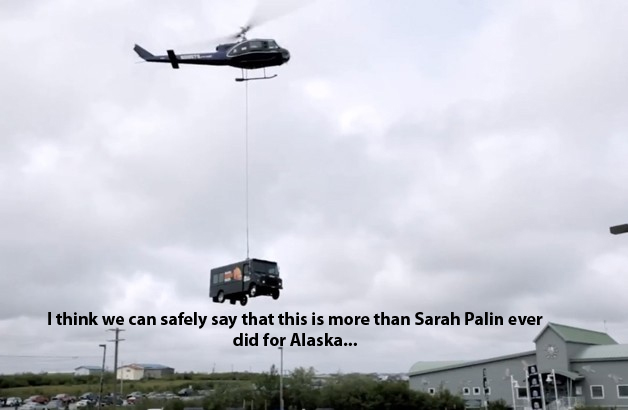 7. A Half-Baked Idea
Do you know the muffin man? In May of 2006, Texas seniors Ian Walker and Joseph Tellini dropped off a batch of homemade muffins at the front office of their high school, explaining that they had been made as part of an Eagle Scouts project. Several hours later, teachers and administrators were being hospitalized in droves after becoming sick and complaining of other strange symptoms. Rita Greenfield, the 86-year-old receptionist, was hospitalized for two days. When the FBI investigated the case, it was revealed that the seemingly-innocuous muffins were in fact laced with marijuana. (Insert joke about "high" school here.) Walker and Tellini thought that it would be a pretty funny senior prank to get their teachers high. I bet they ended up feeling pretty low when they were told they were no longer allowed to graduate with their class. On top of that, Tellini and Walker got a combined 260 hours of community service at a homeless shelter and were ordered to pay restitution of $13,094 to five of their victims. Bummer, man! 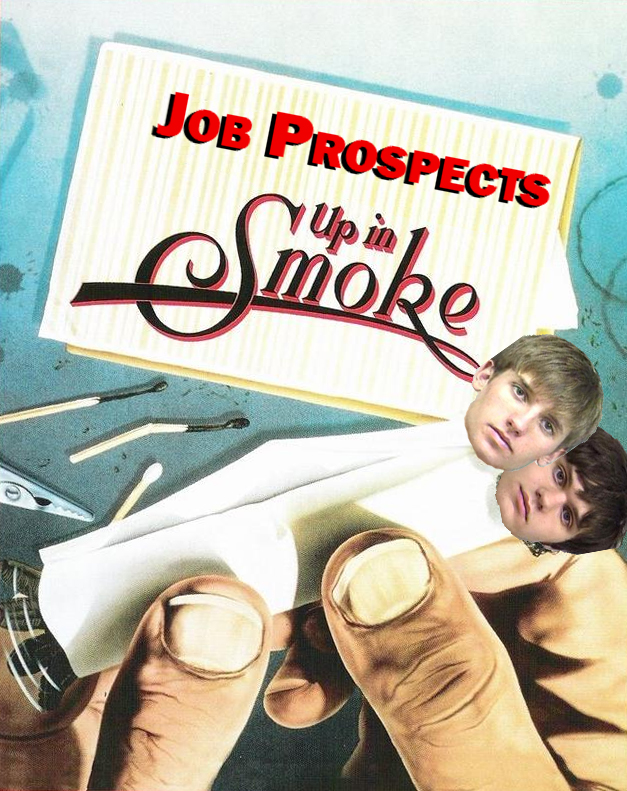 6. Bad Magic
Magicians make their living off of instilling a sense of surprise in their audiences. But American magician Wayne Houchin got a particularly nasty surprise while appearing on a popular Dominican Republic morning TV show. After Houchin performed, host Franklin Barazarte said that he wanted to offer him a blessing... at which point he proceeded to light Houchin's head on fire. In an entirely unscripted and frankly totally unwelcome stunt, Barazarte doused the magician's head with his signature cologne, Agua de Florida--popular in the Dominican Republic among none other than witch doctors. (Side note, if your cologne is mostly popular among the black magic crowd, maybe it's time to switch up your scent). Wayne Houchin suffered first and second degree burns across his hands and face, and is currently pressing charges against Barazarte for assault. 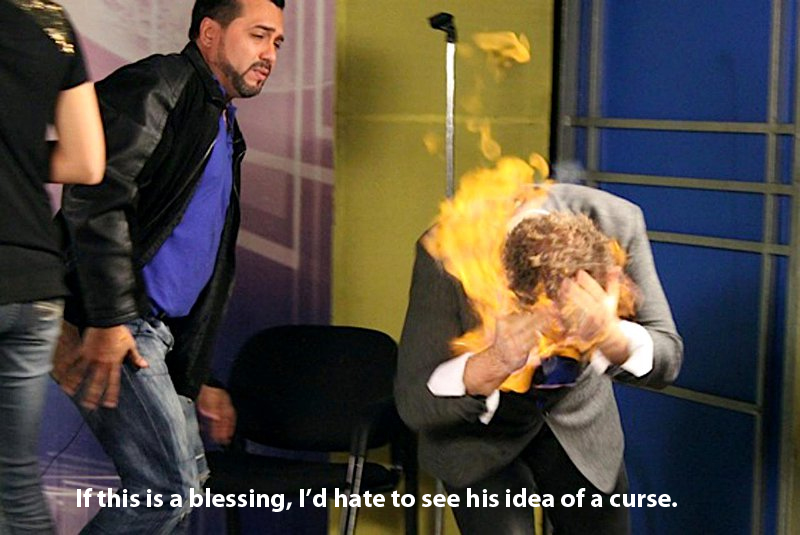 5. There's No Place Like Home
So, nobody ever said that teenagers were very smart. Especially teenagers in Alabama. But the boys in this next story really took the cake when they decided to play a prank on their buddies at a sleep-over. While their friends were out, a few of the guys set the house up to look like there had been a home invasion, and then they went and hid in the house to give their buddies a scare. While one friend is creeping cautiously through the probable crime scene, 15 year old Jesse Rainey jumps out of the closet.... and is immediately shot in the head by his terrified peer. Luckily he lived, so we can still laugh at him. Gun control, anyone? 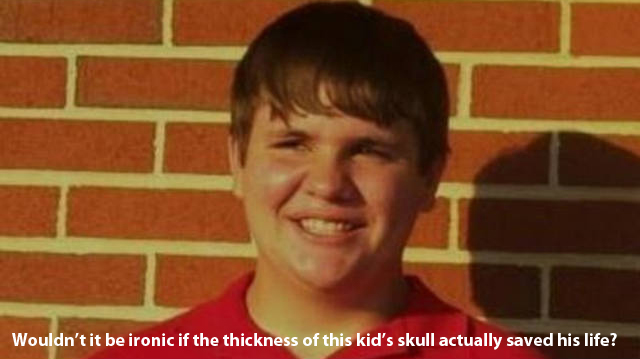 4. Heartless
This one's a classic. A drive-time radio station offers a fun Valentine's Day opportunity: when a woman calls in, they tell her to give her husband a call and inform him that their nine-year-old son wasn't his. If she could get him to say that he still loved her, the lucky couple would win a pair of Kanye West tickets. Unfortunately, the man took the fake news a lot worse than his wife could ever have imagined, and he fired back with a revelation of his own: he had been sleeping with his wife's sister for over a year. At this point the DJs jump on the air and explain what's going on, at which point the man declines to discuss the matter any further. Wow. Happy Valentine's day, honey. 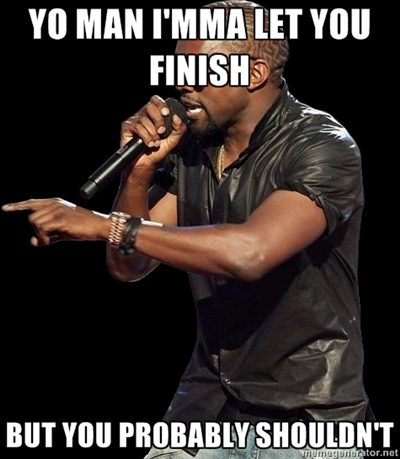 3. Royally Screwed
In yet another case of shock jock shenanigans, DJs from Sydney's 2Day FM radio station placed a call to King Edward VII's Hospital in England, pretending to be a representative of the British Royal Family, fishing for information about Kate Middleton's supposed pregnancy. After speaking briefly to a receptionist, they were connected to a very naive nurse who mistakenly divulged many juicy details of the queen-to-be's private medical information. The prank went off without a hitch... until several days later it was revealed that the receptionist who had connected the call, herself a nurse, was found dead in her apartment. Jacintha Saldanha, a devout Muslim and devoted medical practitioner, had taken her own life after the shame and regret of being involved in the scandal. Her family was outraged, and the incident provoked a severe backlash against the DJs and the Sydney radio station. As of today, the DJs have expressed their extreme regret and remorse for the incident, and maintain that there is no way that they could have foreseen such a tragic turn of events. 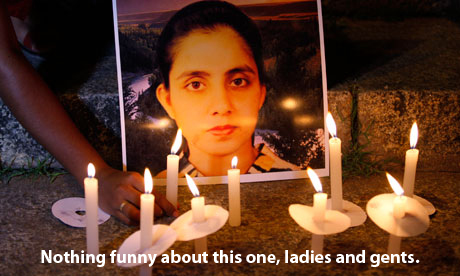 2. Don't Believe Everything You Hear on the Radio
In perhaps one of the most famous cases of forehead-slapping mass hysteria, a 1938 radio adaptation of H.G. Wells' classic science fiction novel The War of the Worlds caused widespread panic among listeners nationwide. Radio personality Orson Welles, hoping to attract attention to his radio program, staged the reading as if it were a news broadcast. He reported that "... at 8:50 p.m. a huge, flaming object, believed to be a meteorite, fell on a farm in the neighborhood of Grovers Mill, New Jersey, twenty-two miles from Trenton" and proceeded to catalogue the unfolding horrors of an alien invasion. Widespread panic ensued among listeners, who believed that they were listening to a live broadcast of the end of days. Literally hundreds of panicked citizens stampeded by foot and car out of the quiet suburb and surrounding towns. Even towns as far away as Flint, Michingan saw their populations disperse in sheer terror. When the hoax was exposed, the foolish-feeling people were livid--but not as angry as the inhabitants of Quito, Ecuador, who in a similar incident in 1949, actually surrounded the radio station responsible for airing the hoax and burned it to the ground. 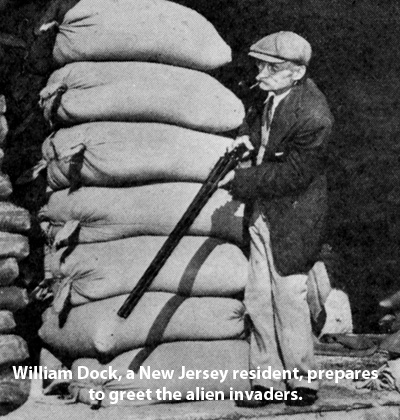 1. Out of this World
In 1947, in Roswell, New Mexico, it is widely believed by the unemployed and mentally ill that an extra-terrestrial craft crashed, and was recovered in secret by the United States government. Almost fifty years later, in 1995, grainy video of the supposed alien autopsy conducted at the ultra-secret Area 51"surfaced" and was sold to and aired by several major TV networks, most notably that incorrigible bastion of yellow journalism, Fox. The footage, painfully cheesy and outstandingly suspect, was nonetheless devoured by over one BILLION people worldwide. Even the 2006 revelation that the entire thing was staged by a makeup/FX artist and his cohorts hasn't been enough to kill the momentum of this supposedly "incontrovertible" proof. Every day, UFOlogists make fools of themselves by railing against government cover-ups and citing as proof a video that makes Plan 9 from Outer Space look like National Geographic. This is a clear-cut case of a prank being a little TOO successful. 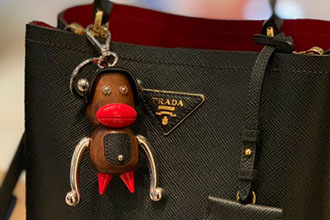