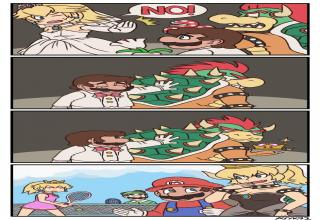 RELATED MEDIA
This is the image that started the entire Bowsette meme. It shows both Mario and Bowser trying to win the love of Peachette only to be rejected. They then are seen consoling each other. In the third panel, Bowser shows that he has the same crown that turns Toadette into Peachette. In the 4th and final panel you see that Bowser has transformed himself into Bowsette and is showing interest in Mario, much to the confusion and dismay of Luigi and Peachette who are playing tennis.
50/50
1/50
Categories: Funny Funny Pictures Funny memes Funny Sexy Funny Video Games Memes Sexy Pop Culture> Video Games
Tags: meme nintendo mario videogame funny lulz memes funny memes 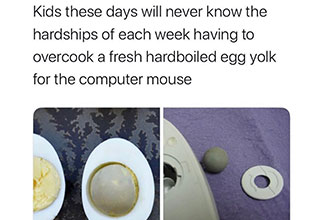