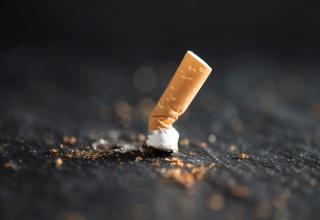 RELATED MEDIA
Not me, but I spoke to a former inmate after his release who had developed severe PTSD from some of the things he witnessed while incarcerated. One of the stories was that he was playing cards with some guys and one of them was smoking a cigarette. Another inmate who was not playing with them approached the table and asked the guy smoking if he could get “shorts” on the cigarette (shorts means before you finished smoking, you gave the cigarette to someone else so they got the last few puffs before putting it out.)

The smoker agreed, the inmate wandered off and they went back to playing cards. Well, the guy playing cards must have forgot and finished the cigarette. A little while later the other inmate came back to the table asking for the short, and the guy at the table told him that he had forgotten about it and finished the cigarette. Guy wanders off again and they go back to playing cards. Shortly afterward, the inmate who wanted shorts comes back to the table, comes up behind the player, pulls his head back, and started shanking him in the eye and throat with a pen/pencil. Dude died over forgetting to give someone a damn cigarette butt. -u/GeiCobra
25/25
1/25
Categories: Ouch Wtf Wow People & Lifestyle> Cops
Tags: shanked burned hand eye prison stomped jail head wtf murdered inmates over cigarette butt stabbed with pencil intestines falling out boiling oil 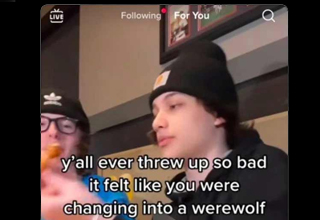 NEXT GALLERY 42 Funny Tweets and Memes Courtesy of Twitter