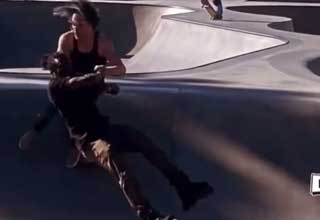 NEXT VIDEO Roller Blader Gets Laid Out by Skater at Park Who Responds " Welcome to L.A."