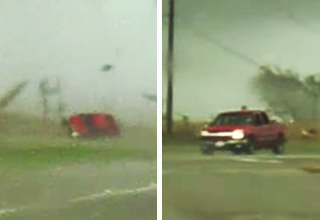 NEXT VIDEO Truck Gets Tossed Around by Tornado, Casually Drives Away