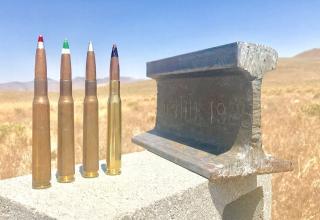 NEXT VIDEO Shooting a Piece of Railroad Track with a .50 Cal