These are MAGA Kid Rock fans losing their shit & trashing the stage in North Dakota because the concert had to be cancelled due to high winds.

What is it with the man babies in MAGA & trashing things when they don’t get their way? pic.twitter.com/eKJpexW6uc 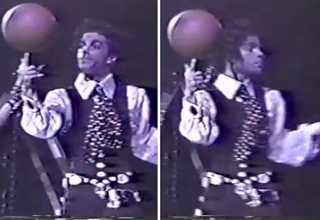 NEXT VIDEO Proof of Prince's Basketball Skills Finally Emerges, Does Not Disappoint