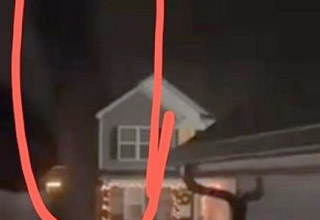 NEXT VIDEO Woman Spots a Tornado In The Middle Of Night, but Husband Doesn't Believe Her