It's a weird day for anyone who works at West Elm, is named Caleb or is neither of those things but found themselves suddenly hearing the term "West Elm Caleb" all over social media.

Who is West Elm Caleb? 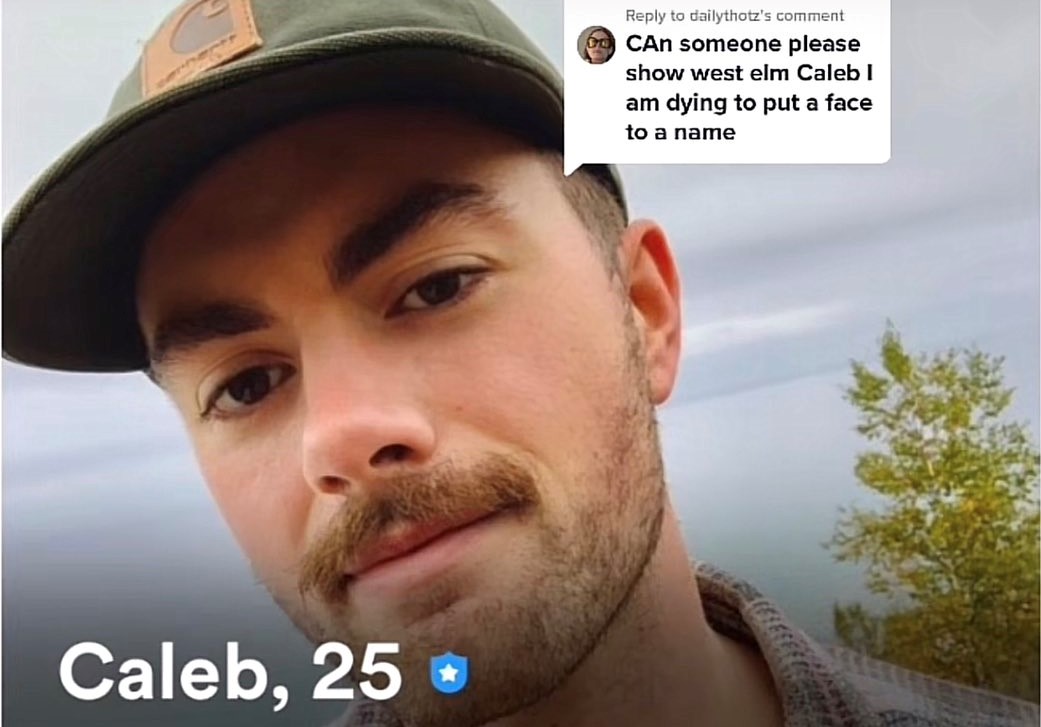 It all centers around the romantic exploits of a singular Caleb, a 25-year-old furniture designer who works at West Elm. It all began when TikToker @meemshou posted a TikTok talking about the pitfalls of falling victim for "love bombing" -- grand, over-the-top sweeping gestures at the very starting line of a relationship -- and how they can be a red flag.

Prompting another TikToker to reply, "Bruh not West Elm Caleb." And that seemed to ring a bell for a few NYC women.

Which is where s**t gets real for a f**kboy named Caleb who works at West Elm with a very specific modus operandi for picking up girls in NYC: Get matched on Hinge; go for a coffee date; send them a "really good" Spotify playlist; maybe promise to name a West Elm couch after them; ghost.

And it worked. West Elm Caleb apparently got around. What the guy probably never expected, though, was for TikTok to suddenly become a group chat for every single woman he dated and ditched, piecing together an entire timeline of his dating history in public view. And sign his romantic death warrant.

Not a man pissing off the women of New York so badly that the TikToks about him have 3 million views ‍♀️ #westelmcaleb pic.twitter.com/TF1538uVWs


West Elm social media manager when they login to their account: #westelmcaleb pic.twitter.com/SDOmdutmJX


@lindsaynmoran i too have matched with west elm caleb (this was over the summer btw, not recent ) #westelmcaleb #fyp #bumble ? Monkeys Spinning Monkeys - Kevin MacLeod & Kevin The Monkey

The hashtag #WestElmCaleb blew up with millions of views in no time, with tons of women working out via a timeline to reveal just how many women he was dating simultaneously. It's like half of NYC has heard this dude's playlist.

A common takeaway for many is the similarity between West Elm Caleb and his current predicament with the plot of the 2006 movie John Tucker Must Die in which a group of women, double-dated by the same dude, band together to expose him as a cheater.

And, with that, many have taken what started out as a funky and unexpected coincidence as a bona fide license to destroy him. West Elm Caleb has since deleted his LinkedIn and is nowhere to be found on any other form of social media at the time of this writing.


@taylorlorenz Is anyone else feeling weird about this #westelmcaleb ? original sound - Taylor Lorenz


#WestElmCaleb was out there promising to name couches after girls he met on @hinge @westelm Y’all need to fire this man. He’s spending a lot of time at work doing nothing but swiping pic.twitter.com/QRLCrdRb3Z


@amydrauch not trying to be the one to expose but like if someone guesses that’s kinda on him #westelmcaleb #dcdating #hinge ? original sound - Amy Rauch


This is the quickest marketing campaign I’ve ever seen?! @KeeplerApp created an ad about #westelmcaleb. That man has definitely fled the city pic.twitter.com/IrHew8jo6s


You might be having a bad day but be glad you're not #westelmcaleb.


The entire coffee shop broke their necks looking at me when the barista said “Latte for Caleb.” Smh #westelmcaleb


@zo.weeeee traumatized by west elm Caleb before it was cool #westelmcaleb ? juniper is so awesome and sexy - juniper

Unsolicited d**k pics are a no-no. So is cheating (in a committed relationship) and dishonesty. But John Tucker Must Die takes place in a time before TikTok and Instagram where everyone involved has a personal, real-world relationship with the titular Tucker and the other women involved. It's also fiction. And a crappy movie.

Well now all of Tiktok has joined in against #westelmcaleb and it appears we have learned nothing!!

Yes, the guy sounds like a sleaze but the way Tiktok is going after him now is no different than couch guy who was another regular human being. pic.twitter.com/1SvGwCecsq

For reference, "Couch Guy" is the guy in the TikTok below who the internet was convinced was cheating on his girlfriend when she "surprised" him and he was hanging out with a couple of girls and playing video games.

robbie had no idea

? still falling for you - audiobear

So, while calling out bad behavior is important, when brandishing the internet as a punitive instrument, it's hard to ensure the punishment fits the crime.

In this case, you have the entirety of the internet -- those involved, those not so, and an entire army of bandwagoners just coming to the West Elm Caleb bonfire.  And, as anybody who has seen what cyber-bullying can do, one should be wary about leading the charge.

So Caleb, buddy, if you're reading this, know that not everyone out there thinks you're the devil incarnate even if you were an unrepentant f**kboy.

And also, thanks for playlist. 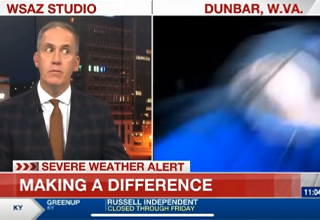