Kyle was sure that, even though none of the employees seemed to question him bringing it in and putting it up, it'd surely be removed pretty quickly. And while the employees DID move the sign to a less intrusive part of the store (which Kyle admitted was entirely warranted on their part), they did leave it up. Kyle's video also gained enough steam on TikTok that it encouraged a lot of people to stop in just to take selfies with it and some people even started asking bewildered Kum & Go employees if they could order the Kyle Scheele meal.


This story was already funny and kinda crazy, but the real kicker happened just recently. After seeing how popular the sign was, both in person at that specific store as well as on TikTok in general, Kum & Go teased that they might actually be willing to turn the still-fake Kyle Scheele meal into a reality. After some quick communication back and forth with Kyle (as well as some reps at Red Bull), the prank meal - slightly re-branded as the Kyle Scheele Mealy - is now being launched at Kum & Go locations nationwide!

@kylescheele #ad I’ve never been more excited to be able to use #sponsored. We did it, you guys! @kumandgo @Red Bull USA @No Kid Hungry ♬ original sound - kylescheele


The meal consists of a "pizza sandwich" (two slices of pizza turned in on each other) and a Red Bull, for $5. It's actually not a bad deal, and the real kicker is that both Kum & Go and Red Bull will both be donating $2/per meal up to $10k each to No Kid Hungry, helping provide meals to kids in need.
Autoplay On
Next Video
Embed:
Use old embed code Use new embed code
Categories: Ftw People & Lifestyle> Food Funny> Pranks
Tags: meal prank sign fake real wow viral tiktok pizza food ftw funny lol 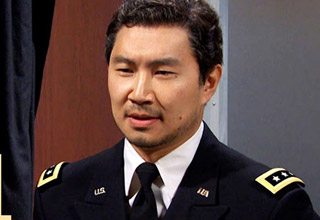