Connor Murphy, fitness and pranks YouTuber most famous for taking his shirt off while mid-conversation with college girls, has seemingly lost his mind while trying to open his third eye.

And he's documented every step of his year-long descent into ayahuasca-fueled madness. And it is, simply put, wild.

Murphy, 26, has been a bit of a douche. But a hard-working douche who sculpted for himself a physique that looks like something out of a Greco-Roman statue. A physique that played a central role in many of his “social experiment” videos where Connor Murphy explores all the myriad ways to segue to taking his shirt off in front of chicks -- videos that have garnered tens of millions of views by allowing more modestly sculpted individuals to live vicariously through him.

Indeed, that was Connor Murphy. That was all he was -- and people loved it. He was the human version of a golden retriever with the testosterone levels of a thoroughbred horse -- happy, kind of dumb, but a lot of fun for the people who bought into that kind of thing.

About a year ago Murphy stopped taking his shirt off and started posting video after video of him propagating a quasi-spiritual gumbo like a bizarre Frankenstein's monster of Athlean-X and Terence Mckenna.

Rapidly the old-school social-experiment pranks and shirt-removal walkthroughs disappeared, replaced by these inexplicable videos where he seems to be on a manic quest to destroy his brand while proving to himself and everyone else that he isn’t just a dumb, golden retriever of a human being but indeed a thoughtful and "enlightened" intellectual.

The guy whose claim to fame was stuff like dad-bod to six-pack in six seconds started doing things like calling into philosophy podcasts to debate the existence of God, arguing with other YouTubers about the merits of literally eating his own s**t. and, of course, starting a disturbing OnlyFans in one of the most cringe-tastic promos ever conceived.

His millions-strong platform of fans has watched him not-so-slowly drift through the natural progression from “look at my body” pranks to bio-hacking tips (like drinking semen to promote neural plasticity) all the way to full-blown psychosis videos in which he believes he’s going to win the US Open and that Jake Paul had sexually assaulted him.

In another example of the utmost cringe, we can see another fitness podcaster interviewing Murphy and straight up telling him he’s worried about his mental health -- all the while Murphy grins and laughs like the Joker the whole time.

Murphy, underneath whatever film of distorted reality he's enwrapped in, seems to be aware now that people are concerned about his mental wellbeing and remembers, every now and then, to call it all an 'act' as if to ward off any unilateral interventions.

Which makes it somewhat terrifying.

Where did all this begin? How do you go from Girls vs. Washboard Abs (Literally!) to this. Well, aside from the fact that Murphy seems to have taken a severe interest in ayahuasca and the fact that he seems to be exhibiting manic behavior, it’s impossible to say.

The very first signs of the new and terrifying Fully-Shirted Connor that was soon to come popped up just about a year ago with a series of videos Murphy posted about ‘enlightening’ the people around him. The most notable one is the first of these, entitled Enlightening My Manager, in which said manager seems very encouraging of Murphy’s new behavior.

As cringe-tastic as that may have been, nothing compares to the dimension-ripping levels of pain that the next video will put you through, in which Murphy tries to “enlighten” his own parents.

Seriously, this video is hard to watch.

So, at first, it was kind of funny. Watching Connor Murphy talk about eating his own s**t and trying to debate another YouTuber, MorePlatesMoreDates, about how drinking his friend’s semen in a totally not-gay way can optimize learning.

But now it’s kind of sad. Whether it's mental illness or a one-two punch of too many psychedelics and a library discount philosophy, it's clear that Murphy isn't taking care of himself. 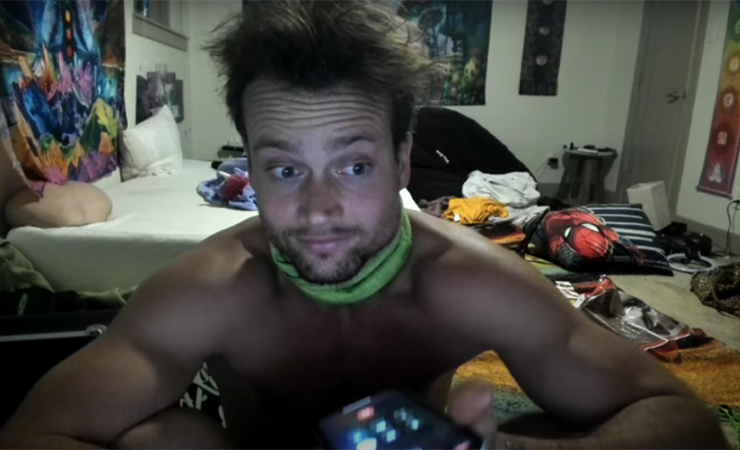 Alongside his self-awareness, his once god-like physique has also notably deteriorated (comparatively speaking). He often appears unkempt in his videos and what we can only guess is his bedroom frequently looks like the set of a Breaking Bad episode.

And that's where it gets concerning and somewhat harder to laugh at. Murphy is either cooking his brain in a vat of ayahuasca and destroying the brand he supports himself with or is going through a period of mental instability that would call for professional assistance.

Hopefully, Murphy can get the help he needs to start taking his shirt off again and return to getting away with being a douchebag Adonis we can all make fun of -- without feeling bad about it. 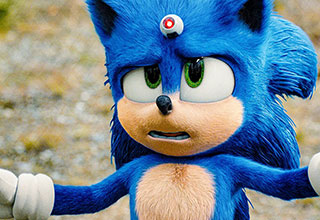