Some say this logo glorifies a bad man. What do you think?

An Australian burger restaurant popup has sparked debated over their marketing strategy.

First you get the money, then you get the burgers #money #power #women #whitelines #scarface #blow #pabloescobar #burgers #speakeasy #dinner #burgersandfries #cartel #cocaine

After an initial backlash, Pablo's Escoburgers responded with a post titled "NOT HERE TO OFFEND." 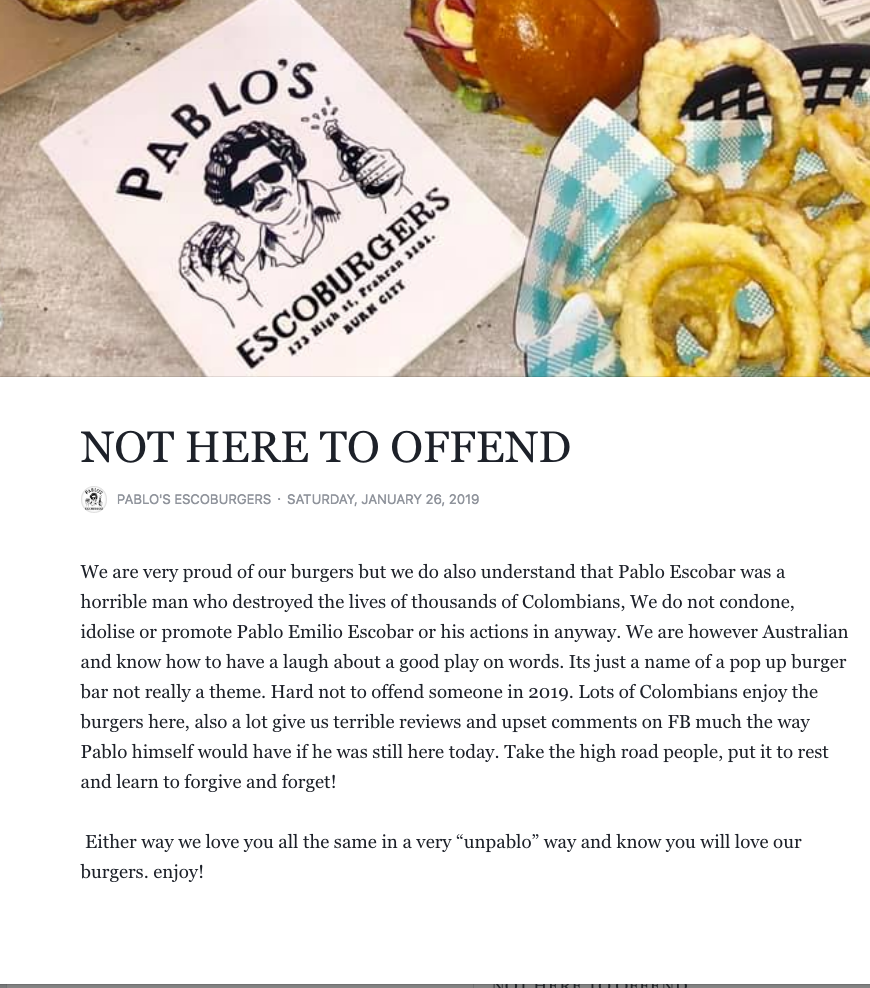 Commentors were divided on the issue, some were very offended.

Others found the restaurant's them to not be a big deal.

We gotta be honest, the burgers look pretty delicious. 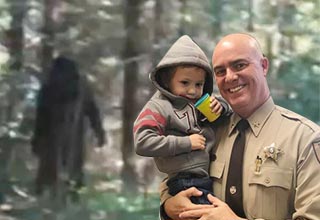 NEXT ARTICLE Internet Users Don't Believe 3 Year-Old was "Kept Company" by a Bear, Insist it was Bigfoot