Hurricane Ian has touched down in Florida, and as the category 5 storm wreaks havoc on the sunshine state, videos are flooding in faster than the water.

The sheer power of a hurricane is on full display, and these videos highlight the physical destruction such a force of nature can bring.

Here is a time-lapse of the #StormSurge coming in on Sanibel Island, #Florida caught on a live traffic cam. This was only 30mins condensed down, it deteriorated quickly. #HurricaneIan #Hurricane #Ian pic.twitter.com/JKuNROvMm4

*RARE* first person view of storm surge. This camera is 6 feet off the ground on Estero Blvd in Fort Myers Beach, FL. Not sure how much longer it keeps working. You’ll see it live only on ?@weatherchannel? #Ian pic.twitter.com/WwHtvgVxjY

Looks like the boats are out for an afternoon stroll in the city as Hurricane Ian is causing massive destruction in Fort Myers, Florida. #HurricanIan #IanHurricane #Hurricane pic.twitter.com/9ZZI1WRYG4

This is not good. Parts of Fort Myers Beach are already underwater. A woman who lives on Matanzas Court just sent me this video of her neighborhood. This is right off Estero Blvd. @NBC2 pic.twitter.com/duz05bLtzf

Video from Matt Tilman of Bayshore Blvd in Tampa. The bay being sucked out. #hurricaneian #ian pic.twitter.com/F54Lv1r5KV 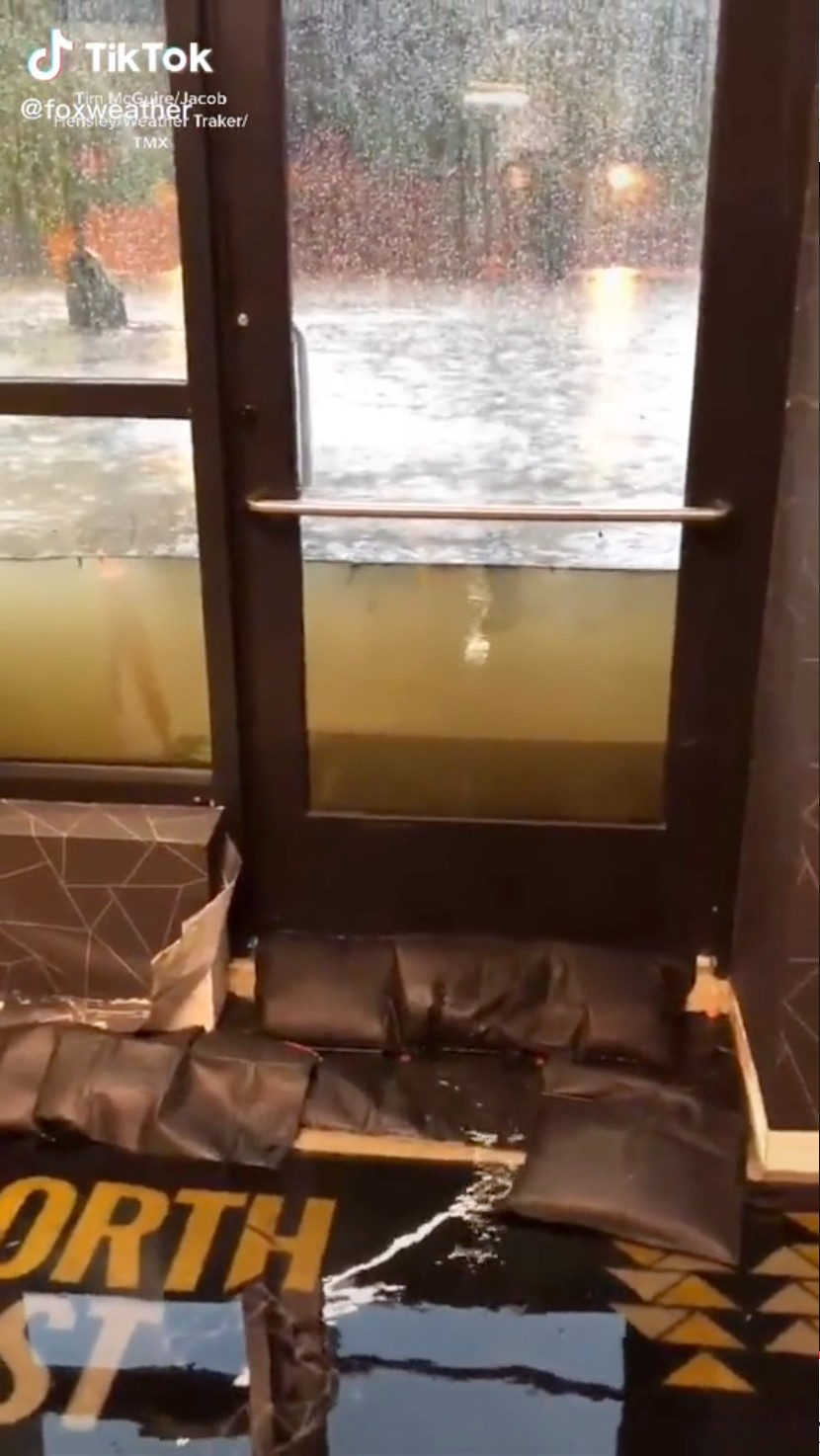 Of course, seeing as Hurricane Ian has chosen Florida as its point of touchdown, it should come as no surprise that the “Florida men” are already putting their mark on this natural disaster. It shouldn’t need saying, but Hurricanes are life threateningly dangerous. Florida men have never seemed to understand this.

My neighbor in Florida just sent this video of a man out jetskiing. #FloridaMan X #HurricaneIan pic.twitter.com/DYaPAezAQo

New video just in from Fort Myers, FL shows swimmers getting into the storm surge as Hurricane #Ian approaches.

This is EXTREMELY dangerous. I can’t believe I have to say this…. DO NOT GET INTO THE WATER! pic.twitter.com/jsoUPvX8uC

WHAT IS MY NAME IAN?! WHAT IS MY NAME?! @Pantera is back and so am I!! Florida Man is here for you!!! vid: @MadelineGeha pic.twitter.com/2xpc1UZPMN

This Florida man puts his life on the line for a good reason, and saves a cat!

Other kinds of cool clips have been coming in as well. Check out the storm as seen from the ISS in space!

Video from the International Space Station flying over Hurricane #Ian at 3pm as it was making landfall. #ISS #SpaceStation pic.twitter.com/CKfEf2VoAE

And this one from the eye of the storm.

Here’s what the inside of Hurricane Ian’s eye looks like https://t.co/DjOiRP83Y7 pic.twitter.com/MIe7F3fssj

This reporter was not having a good time reporting on the storm. Seams like maybe his team pushed it a bit too far with this one?

Jim Cantore got hit by a flying tree branch during hurricane report pic.twitter.com/ybONC3VR51

Ultimately, while the awe inspiring power of the hurricane is a sight to behold, and people's reactions to it (rational and irrational) are a source of amusement, we can't forget the unimaginable toll this disaster will have on the lives of so many. Death and destruction are unavoidable with a disaster of this kind, and we hope the rebuilding process can be a swift and hopeful one. NEXT ARTICLE Can You Solve this Simple Math Problem? The Internet is Fighting Over How To