Los Angeles Rams' quarterback Matt Stafford had himself a day to remember, or forget based on the amount of alcohol consumed. The Super Bowl champions held their celebratory parade yesterday, and the drinks were flowing. Twitter even coined the nickname 'Frat Stafford', and you know what? We couldn't be happier for the guy, who won his first NFL career championship. Take a peek.

Matt Stafford thinks this parade is in St Louis pic.twitter.com/KV8IioUfCE

There was however a frightening moment as Kelly Smiley, a photographer fell off of the stage. Stafford wanted nothing to do with the incident. I can't imagine that he would've been much help in his inebriated state. But still, not a great look.

@AdamSchefter get on Matthew Stafford watching a photographer fall of the stage at the Rams parade and walk away ‍?? pic.twitter.com/LfjSJ3fzYy

Kelly later tweeted an update from the hospital.

Unfortunately I fractured my spine https://t.co/LeDjF4EJnp

Here is a link to her GoFundMe to help cover medical costs. As far as Stafford is concerned, I'd say this is one of the worst hangovers he'll ever wake up to. 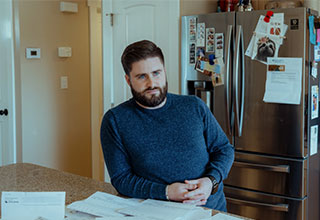 NEXT ARTICLE Man Receives $13,000 Medical Bill After Donating His Kidney