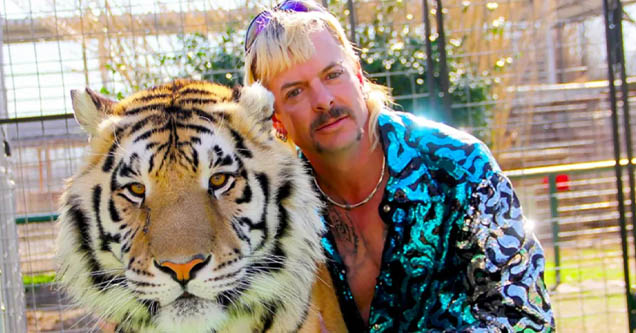 By now, just about everyone has seen 'Tiger King,' Netflix' absolutely bats**t-insane documentary about privately-owned big cats and big cat zoos in America that features an absolutely unforgettable protagonist, Joe Exotic, at the center of it all. This show's got everything: tigers, meth, gay cowboys (some of whom aren't REALLY that gay), financial ruin, possibly murdered spouses, tiger-themed country music videos, and more!

Recently, one of the stars of the documentary, Jeff Lowe (a.k.a. the guy who sorta stole the zoo from Joe) recorded a video for Cameo in which he let slip that there would be an additional episode of the show coming soon to Netflix:

So our friend @christie_dish listened to the podcast, @HoldingKourt and after last weeks episode decided to send us this!!!

Judging by the sounds of it (ie, the fact that a film crew was coming to interview Lowe soon), it's likely to be retrospective episode detailing where everybody is since the documentary came out. We wonder if they'll speak to the Baskins, given that they had issues with the way they were presented on the show.

And if that wasn't exciting enough, 'Tiger King' showrunner Rebecca Chaiklin also teased the possibility of a second season. Speaking to EW, she noted that they "have a crazy amount of footage and it’s a story that’s still unfolding. We’re not sure yet, but there could be a follow-up on this story because there’s a lot that’s still unfolding in it."

Maybe I'm just THAT bored from being home all the time, but I can't wait for that s**t to come out! 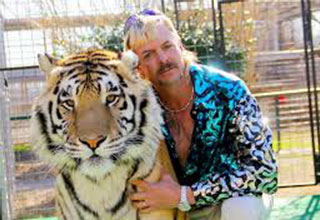 NEXT ARTICLE Tiger Tests Positive For COVID-19 at Bronx Zoo