Move over Fyre Festival, the 2022 World Cup in Qatar is here and they're offering fan tents which are comparable to a prison cell made of tarp. This is just the beginning of a long list of issues that have already plagued Qatar in the weeks leading up to soccer's largest tournament.

Regarding the 'fan rooms', they are supposed to be affordable options for tourists coming in to watch the games. Apparently they'll cost guests about $100/night. For which you get a tarp tent, a twin size bed, and a nightstand.

I feel bad for those staying in these tents. It's gonna be hot AF, and if there is a sand storm u can kiss those tents goodbye.#LoBaratoSaleCaro#QatarWorldCup2022 pic.twitter.com/wuRpAj7fjN

Airbnb is doing their best to ruin everyone's stay. Guests began booking, and hosts are now price-gouging at astronomical amounts.

Host of an airbnb I booked in Qatar for the World Cup just updated the price. Looks like I'm staying in a fan village cabin. pic.twitter.com/5N9oU3BoRO

As if room and board issues aren't bad enough, a recent video went viral of a Denmark news team being censored and threatened for filming.

We now got an apology from Qatar International Media Office and from Qatar Supreme Commitee.
This is what happened when we were broadcasting live for @tv2nyhederne from a roundabout today in Doha. But will it happen to other media as well? #FIFAWorldCupQatar2022 pic.twitter.com/NSJj50kLql

This seems like an awful lot of hassle to go watch a bunch of grown men flop around for 90 minutes, but that's just me. Here's hoping conditions get better and if you are attending the World Cup, it doesn't break the bank. 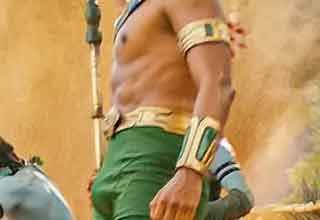