Jim's pranks on Dwight were an absolute staple of The Office. Below are 20 of his best pranks with no order intended. Some of my favorites such as when Jim tricked Dwight into thinking it was Friday when it was actually Thursday are left off due to the limitation of what could be found on YouTube. Enjoy!

This is the first prank that started it all. It occurred during the pilot episode of the series.

2. The Time Jim Relocated Dwight's Desk to the Bathroom

This is from "The Fight" in Season 2. Dwight comes into the office to find his desk missing and no one goes home until Dwight's desk is found!

3. When Jim Tricked Dwight into Thinking He's Been Asian the Whole Time

This is easily one of the best pranks of the whole series. While Jim is at the dentist he has one of his friends (who happens to be an Asian actor) go into the office and pretend to be him.

4. Jim Convinced Dwight That He's Getting Faxes from Himself in the Future

From Season 3, Episode 7.  Jim has left the Scranton branch, but before he left he took a box of Dwight's stationery and occasionally sends him faxes pretending to be Dwight from the future.

5. The Time Jim Tried to Get Dwight into the Holiday Spirit

From Season 5. Jim wraps a cardboard version of Dwight's desk in Holiday wrapping paper and when Dwight tries to sit down everything collapses.

Video: This is What Kevin From The Office Sounds Like in Real Life

6. When Jim Convinced Dwight that He's a Vampire

This happened during the episode "Business School" in Season 3. Dwight finds a bat living in the ceiling of the office. Jim pretends he got bit and has turned into a vampire.

7.  The Time When Michael Read off Dwight's List of Complaints on Jim

From the Episode "Conflict Resolution" in Season 2. The best part about this is the photo ID Jim makes for Dwight where he canged his middle name to "fart".

This is one of my personal favorites because of how silly it is. While Pam is away, Jim tries to find a prank that will make Stanley laugh. He discovers that meatballs are the answer and Stanley hilariously yells, "You've been meatballed!"

9. The Time Jim Dressed Up as Dwight

Another classic Jim prank. He finds a pair of glasses at a drug store that resembles Dwight's and proceeds to dress up like him at the office one day causing Dwight to lose it. It ends perfectly when they both yell, "Michael!", and storm off.

10. When Jim Proved to Dwight that He Has Telekinetic Powers

Jim persuades the office that he has telekinetic powers to scare Dwight!

Watch More: The Scranton Killing - 'The Office' Recut as a Thriller

11. The One Time Jim Faked His Death and Made It Look Like Dwight Murdered Him

You've got to get up pretty early in the morning to fool Dwight Schrute.

12. When Jim Attached a Red Wire from the Back of Dwight's Computer to the Top of a Telephone Pole

13. When Jim Absolutely Destroyed Dwight During a Fake Sales Call

"This is William M. Buttlicker!" Another favorite and an absolute classic. From Season 5, Episode 7.

14. That Time Jim Put All of Dwight's Office Supplies in the Vending Machine

From the episode "Booze Cruise" in Season 2. Jim also put Dwight's wallet in the vending mache. Following this, he hands Dwight a bag of nickels for him to use to get his wallet back.

Forget everything you thought you knew about ab workouts!

Gallery: 13 Easter Eggs from 'The Office' You May Have Missed

From Season 4, episode 5 & 6 'Launch Party'. Dwight competes against the Dunder Mifflin website to see who can make the most sales. However, Jim and Pam prank Dwight into thinking his computer is trying to communicate with him.

17. When Jim Convinced Dwight to Fight Himself

During Dwight's yearly seminar on karate, Jim convinces Dwight that his only worthy opponent is himself. Dwight agrees and proceeds to fight himself.

18.  The One Time Jim Connected His Bluetooth Headset to Dwight's Phone

When Dwight was away, Jim connected his Bluetooth headset to Dwight's cell phone and also transferred all calls from Dwight's desk phone to his. He even answers a call from Dwight's mom with the classic line, ”Oh hello mutter, good news. I am married. Tell vater”

19. When Jim Nailed Dwight with a Snowball but Dwight Got Epic Revenge

This is one of the few times Dwight ended up winning. Jim brings a snowball into the office and throws it in Dwight's face after he mocked the amount of snow outside. Dwight challenges Jim to a snowball fight and ends up pummelling him with snowballs multiple times over.

20. When Jim Pranked Dwight for the Last Time

Jim tells Dwight that he can't be his bestest mensch because he is younger than him. He reveals that he called Micheal to travel from Colorado to be his true bestest mensch. Jim calls it his "Best. Prank. Ever!" It was also his last.

What is your favorite prank from The Office? Let us know in the comments below! 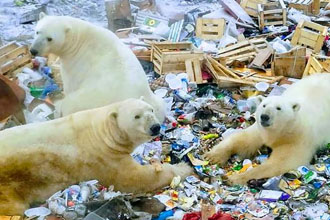 NEXT ARTICLE Polar Bears Are Completely Taking Over A Russian Town