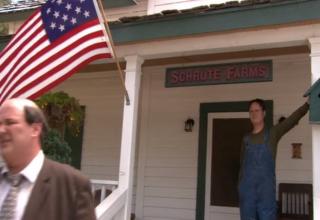 RELATED MEDIA
The porch of Schrute Farms sports a flag that only bears 15 stars. The 15 star flag (which also had 15 stripes) was created in 1795, representing the addition of Vermont and Kentucky to the 13 original colonies. Though more states were added in that time, the flag didn't change again until 1818. Schrute Farms was established in 1812, which puts it right in that historical window. Nobody has changed the flag in over 200 years.
14/14
1/14
Categories: Funny Funny Pictures Funny Pop Culture Pop Culture
Tags: hidden eggs the office cool awesome pics nyyank257 funny hilarious cast seasons episodes lulz 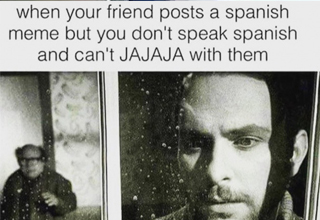 NEXT GALLERY 43 HumpDay Memes and No Zucker Memes in Sight!