Brazil is known for its hardened criminals, child drug dealers, heavily armed cops, scary favelas, and now parrots that are gang members acting as lookouts for their drug dealing owners.

Police in Brazil detained an alleged drug dealer's pet parrot this week after the bird warned its owner of cops that were preparing to raid.

The lookout bird blurted, "Mama, police!" in Portuguese as cops were preparing to raid the home of two suspected dealers in Vila Irmã Dulce, a neighborhood in northeast Brazil.

"He must have been trained for this,” one of the cops told Brazilian media afterward, according to the Guardian. "As soon as the police got close he started shouting."

Unfortunately for the birdy boy lookout, his caws weren't enough to save his owners: The police managed to nab the alleged drug dealers even without the element of surprise. They reportedly arrested an unnamed man and a teenage girl, and seized bundles of crack from the home, the Washington Post reports.

After being brought in the assumed felon bird wouldn't open its beak for anyone.

"Lots of police officers have come by and he’s said nothing," Clark said, according to the Guardian.

Look at that menace to society. Hope they throw the book at him and give it life in prison, like most birds. 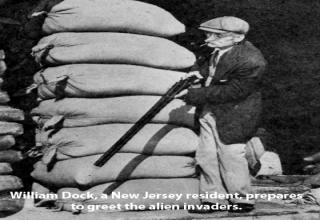