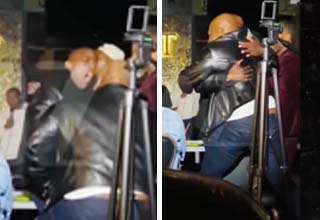 NEXT VIDEO Mike Tyson Gets Gun Pulled on Him at Club, Hugs Attacker