I suppose there was nowhere to run to, but still! pic.twitter.com/3GE4M4YOxa 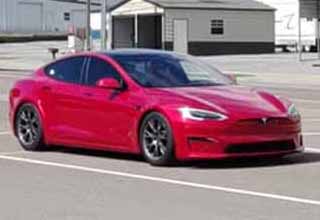 NEXT VIDEO Tesla Model S Plaid Launch Is Quite Impressive