There's a name we haven't heard in quite a while. Amanda Bynes. The Nickelodeon child actor from the '90s is back in the news after posting multiple videos outing her fiancé, Paul Michael as a crackhead.

Bynes stated that Michael not only relapsed, but also vandalized his own mother's house by putting salmon under her bed. I'll let the Ask Ashley star tell the story.

The strange video comes on the heels of Bynes being released from her conservatorship, much like pop star Britney Spears.

So she owned up to her accusations. And she also clarified that there was something in her teeth? WTF. Maybe the greatest celebrity overreaction? Anyway, I'm glad Amanda has chilled out and isn't making tabloid headlines for stupid sh*t anymore. *SARCASM* 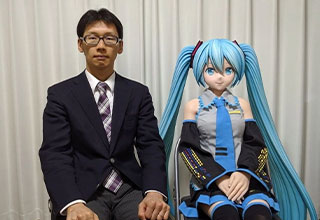 NEXT ARTICLE Japanese Man Struggling to Connect With Holographic Wife