Amazon has been put on blast recently. It was never a secret that the company was not the greatest place to work, nor the most moral of big businesses. But as more and more damning stories come out into the open, the sheer mass of transgressions is sickening. A Twitter thread put together by Dan Price, the CEO of Gravity Payments, collects a mass of these stories for all to see. Here are a few of those stories.

To begin with, the amount of money Amazon generates is simply incomprehensible. The thread starts off with some simple math, detailing the difference between Jeff Bezos and his average employee. Jeff Bezos is worth about 188 billion dollars, and it would be so ridiculously easy for him personally to give a significant raise to his entire company. It is simply inhumane that he could so drastically increase the quality of life of his warehouse workers with no skin off his back, yet actively works towards the opposite.

Thread on how Amazon treats its workers

30. Amazon CEO and founder Jeff Bezos is worth $188 billion.

A worker making the company's $15 minimum wage would need to work full-time for 6 million years and never spend a dime to have that.

So he literally could have dumped a billion dollars out of his space ship and still gained more money than 23,000 Amazon warehouse workers will make all year combined.

Beyond the stories of bad pay and poor working conditions, some seriously disturbing facts have surfaced about Amazon’s tax practices, and by extension its relationship with the United States government. It is terrifying to realize that not only does the government have no ability to stop Amazon from committing humanitarian crimes, but it actively works with Amazon to help proliferate them.

So one of the richest companies in the world pays a lower tax rate than their warehouse workers making $31k a year.

Were those saved taxes used to help workers or profits?https://t.co/RtUhD7Xvzk

Amazon received government money to open more warehouses and help create jobs in many places across the country, like in Baltimore. However, the difference in salaries between Amazon and other factory jobs like those provided by GM were enough to completely ruin the economy of the city.

In other places, tax payers are paying back one quarter of the money Amazon pays its employees to help support them through substandard housing and food stamps among other services. In simple terms, our tax payer dollars are going towards helping Amazon replace better jobs with worse ones, and then paying those workers the money that Amazon should be. The government is helping Amazon steal our tax money from us.

15. Amazon has received $3.8 billion in public subsidies to open warehouses.

The typical transition: a factory that paid $35 an hour with good union benefits like pensions is replaced by Amazon, which pays $15 an hour and aggressively breaks unionshttps://t.co/YGgRHmErLl

35. Amazon touts itself as a great job creator.

For every $1 in wages it pays, taxpayers dole out 24 cents in public assistance because so many workers are in poverty.

In Southern California, half of its warehouse workers live in substandard housinghttps://t.co/UyiCAcVMdF

The most direct example of this comes from Kentucky warehouse workers are literally paying their taxes to Amazon instead of the government!

32. Amazon has arranged unusual tax deals as "incentives" to open warehouses in town.

A Kentucky county forced Amazon workers to pay 5% of their paychecks to Amazon (instead of taxes going to local public needs)https://t.co/0P0mxgPLIG

Amazon is also strongly anti-union, which makes sense considering their abysmal working conditions. The extent they go to prevent unionization however is unthinkable.

Amazon banned their employees from using a plethora of words related to working conditions, pay and unionization, including on their chat app.

The full list of words Amazon has banned its workers from using is worth a read https://t.co/gyas1kWZEP pic.twitter.com/aBMgaGrAtG

In other absolutely insane accounts, Amazon went to extremes to prevent their workers from unionizing, or even speaking about it. They installed Pinkerton spies to monitor workers and their conversations, worked with the USPS to install an open mailbox to deter union votes, and even went so far as to shorten red light timing to prevent pro union workers from passing out flyers to other employees driving to work.

16. Amazon tracks workers' every moment to make sure they aren't slacking for even seconds at a time.

But they also hire Pinkerton spies to monitor workers to make sure they aren't talking about unionizing or griping about their working conditionshttps://t.co/gUI6TOkgT2

11. In last year's Alabama union vote, the company successfully pushed the USPS to install an unmarked postal box on warehouse grounds so it could see who voted in the union election. It was so unfair the government forced a re-do election.https://t.co/Ju84QRygEC

18. Amazon noticed pro-union workers were passing out information to employees stopped at red lights outside a warehouse.

So Amazon literally got the traffic light changed to make sure workers wouldn't be stopped long enough to talk with organizers.https://t.co/7xtYbc0CLq

The measures blatantly violate the first amendment, and a worker’s right to protest. Beyond what was discussed in this article, the thread details inhumane working conditions where workers are forced to urinate and defecate into bottles and bags, are fired based on algorithms, and interrogated by former FBI for criticizing those conditions.

The reporting is eye opening and shows that perhaps we are much, much closer to the big brother society so many fear. Except that the perpetrator is not the government, but unchecked business so powerful it can control that very government that is supposed to regulate it. 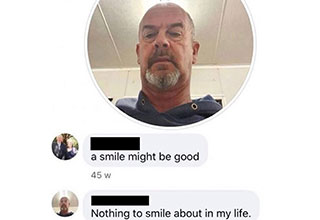